Nigerian writer, Chimamanda Ngozi Adichie is unapologetic and unwilling to back away from her recent statement on transgender women which caused commotion last week. In an interview with Channel 4 News, Ms Adichie said the experiences of transgender women differ from women who are born female. “My feeling is trans women are trans women” Her statements drew immense criticism, resulting in Adichie posting a clarification of her earlier comments on Facebook.

In a public appearance in Washington D.C on Monday, March 20th, while promoting her book, “Dear Ijeawele or A Feminist Manifesto in Fifteen Suggestions,” Adichie  stated that she “didn’t apologize because I don’t think I have anything to apologize for. From the very beginning, I think it’s been quite clear that there’s no way I could possibly say that trans women are not women. It’s the sort of thing to me that’s obvious, so I start from that obvious premise. Of course they are women but in talking about feminism and gender and all of that, it’s important for us to acknowledge the differences in experience of gender. That’s really what my point is.” 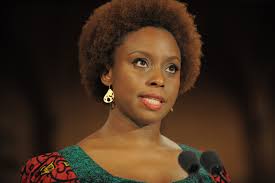 She went on to say that “I didn’t apologize because I don’t think I have anything to apologize for. What’s interesting to me is this is in many ways about language and I think it also illustrates the less pleasant aspects of the American left that there sometimes is this is kind of language orthodoxy that you’re supposed to participate in, and when you don’t there’s kind of backlash that gets very personal and very hostile and very closed to debate”

“I think gender is about what we experience, gender is about how the world treats us, and I think a lot of the outrage and anger comes from the idea that in order to be inclusive, we sometimes have to deny difference. I think there were people who felt I was somehow making a point about the Oppression Olympics: “You haven’t suffered enough,” “It’s not at all that. It’s simply to see that if we can acknowledge there are differences, then we can better honestly talk about things”

I totally agree with Ms. Adichie. Whether the LGBTQ community wants to accept it or not trans women are not the same are cis women. They were born men. They did not grow up having the same experiences that women had. They do not have the same biological make up. They chose to eventuality “transform” into a woman.

In my opinion Ms. Adichie even gave them room by stating that Trans Women are women. I feel that if you are born a man you are a man. If you are born a woman you are a woman. You can have surgery and take hormones to change the way you look to the world. However, your body will still function how it was originally meant to function. If you stop taking the hormones your body will eventually turn back to its original hormone levels.

← Why Do Black Men Hate Black Women?
Learning to Hear Gods Voice in Your Life →