MY PREGNANCY AND LABOR STORY

Im so pleased to announce that on May 12, 2016 at 7:41pm I gave birth to Kenna Mark Anthony Ofoegbu Junior!  He weighed in at 7 lbs 9 Oz and was 21 inches long. It was a beautiful experience.

I will start with telling you a little about my pregnancy. For me the first trimester was the worse. I had excessive fatigue and vomiting to the point that I had to quit my job. I also lost over ten pounds from vomiting. I could not keep anything down not even water. My doctor prescribed my a medicine call declegis but I refused to take it until at least after 14 weeks to ensure that the baby was a little developed. However, after I started taking the medication it was smooth sailing for the rest of the pregnancy.

Unfortunately, my pregnancy was labeled as high risk because I have a sickle cell trait. Thankfully after testing my husbands blood is completely normal so Junior was not at risk for the disease. Because I was a high risk patient after the second trimester I had to visit the hospital weekly for an ultrasound and check up. This turned out to be my saving grace. On My 9th while I was home I had a bit of wetness in my underwear. I thought that because I was cleaning and moving around it was just sweat. Unbeknownst to me my water had actually broken and was leaking. When I went in around 10:30 am on the 11th for my 40 week check up they noticed that there was no more amniotic fluid.

I was immediately rushed to be induced. I was afraid at first but I trusted that God was on my side and followed the doctors instructions. At this time I was not dilated at all. My midwife inserted a ballon catheter to start my dilation. This was the most painful part of the whole experience. I cried and was in extreme pain but still refused the epidural at this point. The whole process took about 2 hours for the ballon to come out. During this time I was having minor contractions but could not feel them. These contraction continued to get worse and worse. I suffered through the night. The worst part about this period is when the doctor would come in to check my dilation. Im not sure why but the more dilated I was the more painful it became. At around 1:30 pm May12th I could no longer take the pain and asked for an epidural.

The doctor arrived quickly and the whole process to less that 30 minutes. However, it was not as pain free as I have heard other women say. When they are inserting the tube up your back you can feel it and it actually does hurt. It was nothing compared to the catheter but it was still very painful. After they gave me the epidural the pains from the contractions completely went away.  However, I could still move my legs and feel if I was being touched.

At around 4:00 pm the pain started coming back. I was told it was the babies head moving further down. They gave me a higher dosage of the epidural but I could still feel pain. It wasn’t unbearable but it wasn’t easy either. At around 5:30 pm I was fully dilated and started to push. I felt kind of uncomfortable with pushing because I wasn’t sure if I was doing it right. I requested for a mirror and that really helped. I could see EVERYTHING. It was an amazing experience.

Unfortunately, for my son had his hand up so it was very hard for me to push him out. It took over two hours of pushing. The nurses and midwife were scared they would I would have to get an emergency c – section. But Im happy I was able to give birth to my son vaginally. It was a wonderful experience and I would be willing to do it over and over again for this bundle of joy.

Im particularly thankful because during my pregnancy two people contacted me and urged me to pray. One person contacted me and told me that she had seen a vision of herself praying on my womb. This was a girl from college that I had no spoken to in years. She only knew I was pregnant because i posted a picture of myself on Facebook. Another person that my husband does not even know contact him on Twitter saying that he had dream that there was someone wishing bad for us and working against the pregnancy. Im not very superstitious but that is one of the last things a pregnant woman want to hear. However, I contacted my mother and one of my very close friends and we all prayed everyday for the remainder of the pregnancy.

In the end as you can see all was well. Im very happy and looking forward to going into the next pregnancy with more knowledge of what to expect. Thank you so much for reading my story

When I was first admitted into the hospital 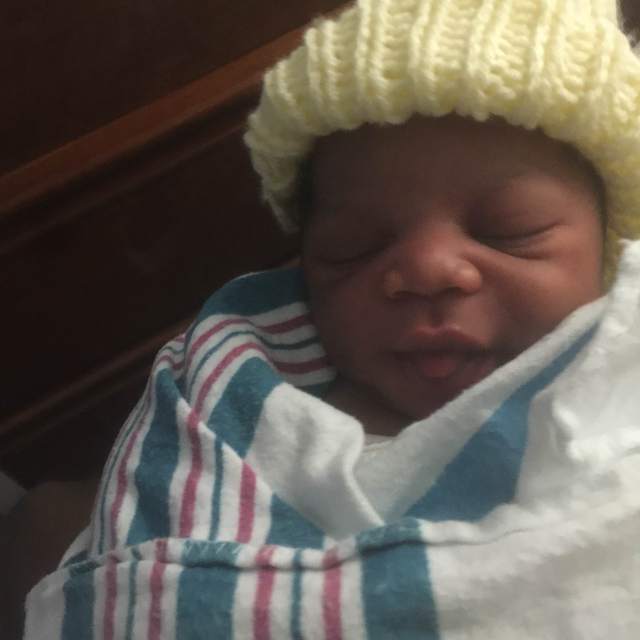 After Junior was delivered washed and brought back to the room 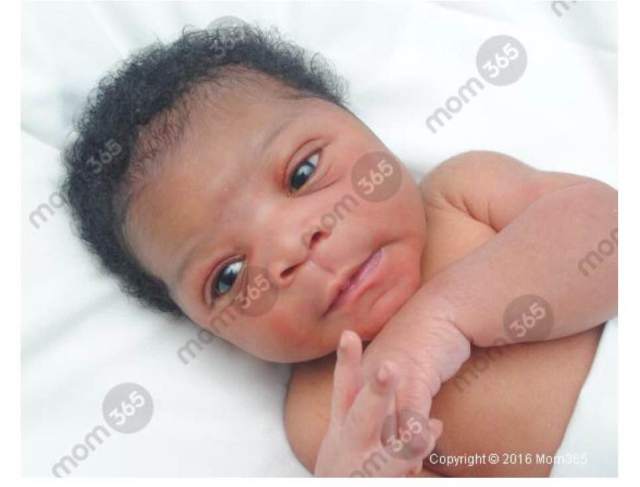 The morning after delivery 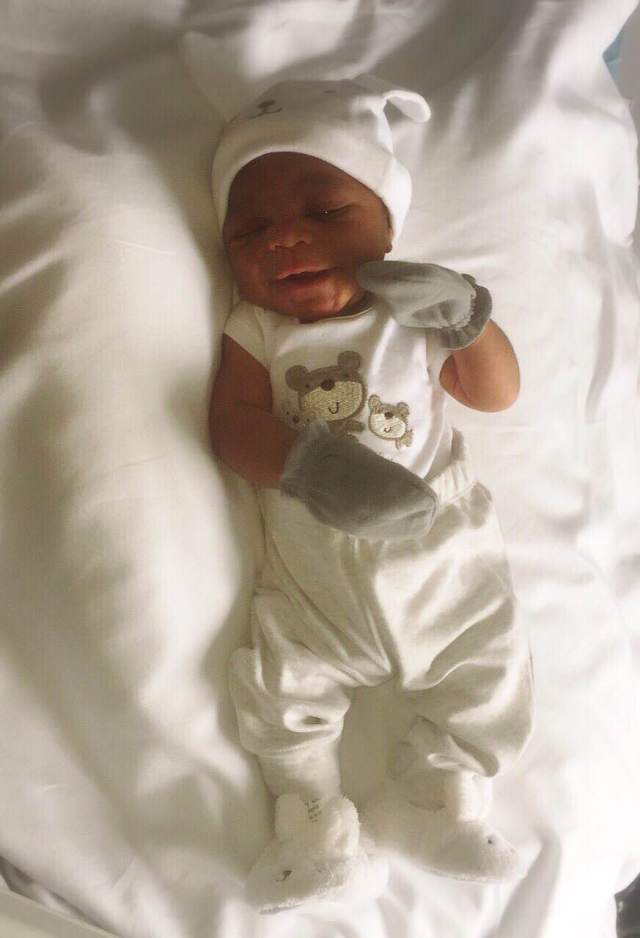